On one of the rare days where I could pluck myself off my busy schedule, we headed out to the eastern side of the country for a ride. It was a crazy decision due to two reasons:

1) It was the longest distance my wife has cycled so far. Before this was somehing between 10+km to 12+km. This ride is close to 22km.

2) I was recovering from a bout of viral flu and was still having a blocked nose, bad cough and lethargy all rolled into one.

I did not want to postpone this ride because we were supposed to meet two good friends to go on this ride and it was something planned a few weeks back. 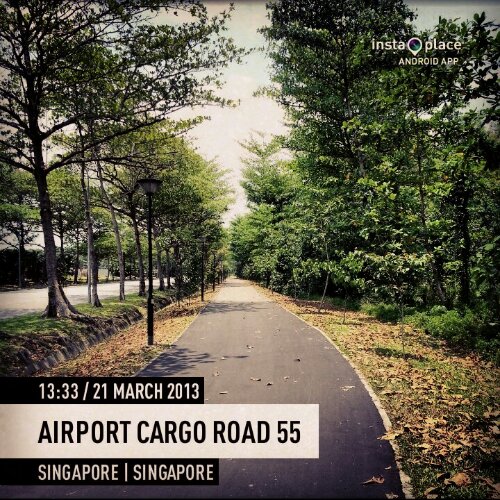 After cycling for close to 4km, we reached this leg of the ride, a 7.8km straight stretch of path with no one else but us on that day. Weather was a killer and it did not go down well with me not in tip-top condition.

Soon, we reached the end of the straight stretch amd finally reached the beach. Had to refuel for energy so off we went for some food.

On the way back, we posed the Bromptons with the hope of catching a plane take-off in the background. No such luck after more than 15 minutes and we abandoned the idea because it was getting dark.

It was one of the more memorable rides because of many firsts. And I am glad I am still alive. Will never ride recovering from a bout of viral flu.