Last Saturday, I went to recce a new route which one of my friends had gone on. I knew the route will loop back to my place. So off I went.

At the beginning of this new route, I realised that even though it was next to a busy highway, it was surprisingly quiet from where this image was taken.

Was quite glad that it was  straight up to a point where I met my nemesis, up slopes. 4 to be exact.

By the time I reached this point,  I was faced with the 4th and steepest slope.

Once I cleared this slope, it was downhill all the way. And what an exhilarating downhill ride it was. Achieved speeds of up to 40km/h.

Once I rejoined the main road, it was road cycling all the way. 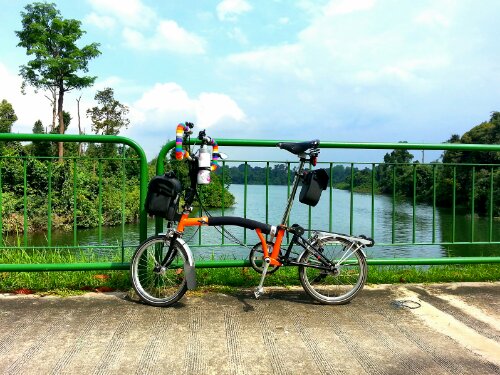 Along the way, stopped by here for an image opportunity. The clouds were gorgeous on this day. 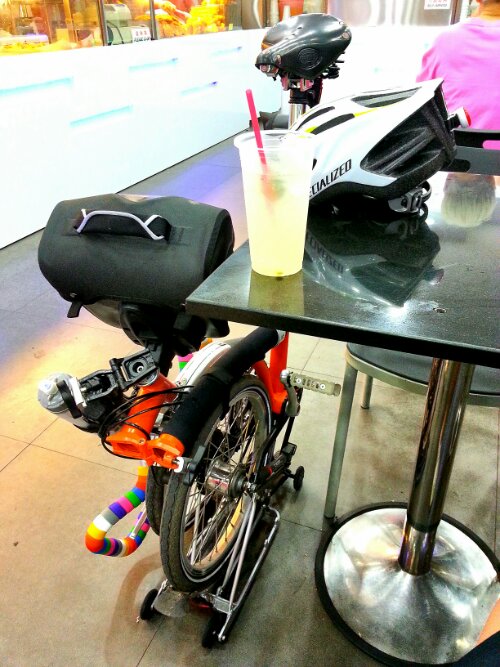 Along the way back, stopped by a small eatery for a cup of lemon lime to quench the thirst and hide from the scorching sun for a while. Little did I know that the storm clouds were coming in.

Managed to reach a shelter before the downpour started. It was so heavy that the windows were pelted relentlessly by the rain.

Nonetheless, it was an interesting ride out that afternoon, with lots of new discovery.

2 thoughts on “An Interesting Discovery”