Halfway through the ride, we reached this bridge where we saw this scene. Nowadays,  very seldom we can find a river or a stream with lots of greenery on both banks.

We headed for breakfast soon after and after breakfast, continued on the planned route. 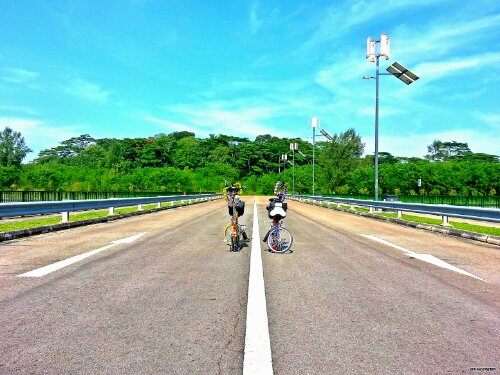 At this juncture, we are on the final stretch of the route. The road in this image actually connects the main island to another island, called Coney Island. It was only built in recent years during the development of the area on the main island.

This is where the adventure for today ends. Any further, everyone we know will read about us in the next day’s newspapers.

Beyond these gates lies Coney Island. Before this entire area was developed and the road built, we would only be able to access Coney Island via kayaks and canoes from a jetty where we started today’s adventure. Now, everyone is simply waiting for the completion of the development of Coney Island, which is actually part of a masterplan to develop this area into an eco-town, capable of providing housing and recreation all within a town. 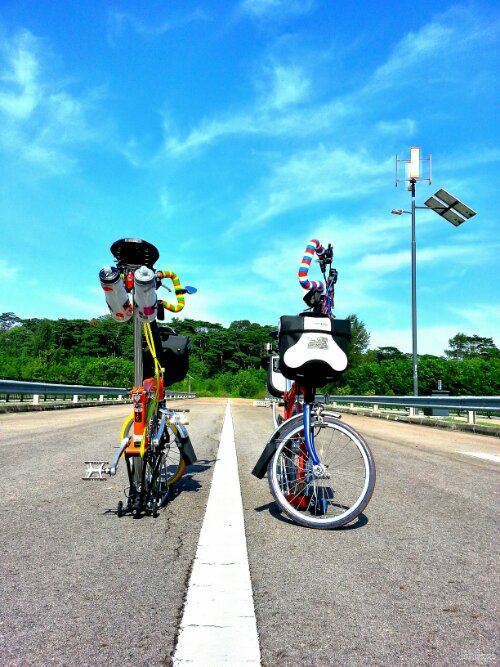 Before heading back to the starting point, I simply cannot resist taking a couple more images of our Bs with the gorgeous blue sky.